Disclaimer: from this point on, as rankings are getting progressively stabler, Shotsuey! will have power rankings only on a biweekly basis. Fear not, though, as I will still post something here on either Sunday or Monday. Still no clue whether it’s going to be a new column or just casual ideas, but you (and hopefully I) will soon find out.

Most readers (My guesstimate is possibly all 5 of you) might not necessarily be familiar with all CBA players. I get it, too: most of the hype out of China comes from Marbury being a legend there, from Beasley playing in Shanghai, from Mudiay being a Southern Tiger, maybe even from Bobby Brown being a legend and that’s it, substantially. So we need to give some spotlight to other local guys, and without just sticking to funny anecdotes to keep players in mind: while it is effective (some of my friends still remember Han Dejun from that “flying pig” nickname and Xire for his antics and pride) there’s more than just funny tales in every player. Let’s start from here.
This time I’ll play, once again, a little game with you, and draw some comparisons – usually based on playing style, strengths and weaknesses, numbers and, at least to some extent, impact in the league – between locals and NBA players. Let’s make this loud and clear right from the start: if I elect to compare Liu Wei to, say, Dwyane Wade (probably not gonna happen, don’t worry) it doesn’t mean that Liu Wei is as good as the Heat ‘Famer or that he would have a similar impact if he played in the NBA. It’s, of course, a watered-down analogy where CBA players are valued for their impact in the CBA itself and NBA pros for their numbers and achievements in the Association. To some extent, while we’re at it, Liu Wei has been a CBA-sized Dwyane Wade: a physical combo-guard lacking a real three-point touch but very good at creating looks inside the arc, and a player who has fought his way to relevancy by virtue of his scoring prowess.
Got it? Let’s get started. 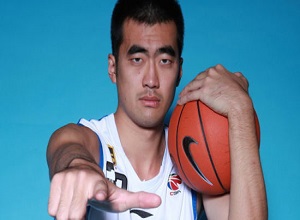 It was a close call, because I was really tempted to pick Ilgauskas altogether, since Zhang has that kind of body and the exact same height, 7’3″. But Ilgauskas is ultimately a different player altogether, being much more of a shooter, while Zhang is progressively getting closer to the basket and has never been a relevant offensive player in China. On the other hand, Asik is a pretty accurate comparison for his presence in the paint, his impact on the O-boards and his willingness to defer offensively. In fact, Max Zhang is a stalwart in the paint due to his size but doesn’t necessarily translate it to blocks, as many 7+ footers patrolling the paint usually are better off by getting good position and cutting off penetrators, forcing a kick-out or a bad miss more often than a blocked shot. Zhang has good impact on the boards (although not exceptional due to a lack of athleticism) and a not-so-stellar FG% for a guy his size (Asik could improve too, but he just lacks elite touch), while his free throws are certainly better than the Turkish’s. Overall that’s the kind of impact Zhang gives: a paint presence and a big, large human being to help you get your shots on offense.

This one was easier. Li Xiaoxu is a steady offensive rebounder and somewhat closer to an undersized center than a true PF. Sullinger exactly sounds the same in an NBA context: a somewhat shoddy shooter (that’s why I had to keep it to his sophomore season: he’s now steadily improving) with great rebounding instincts and the makeup of an undersized C. None of the two is a star player at his own level, both are key to their teams because of their activity. Li too is a streaky shooter who probably shouldn’t try so hard. His touch hasn’t improved, though, nor have his rebounding numbers. Yet, he’s now looking forward to a big playoff run and has many better players around. Let’s all hope Sully will be in that position too, soon enough, he’s a deserving young player.

I really tried my best to find a suitable picture for Xire, but he just refuses to take average photos and there we are, dealing with him posing in a somewhat Lana Del Rey-esque fashion that’s responsible for me looking up “Lana Del Rey touching her lips” on Google – will you pardon me for a second while I clear my browsing history? – and still is a perfect picture of why Xire is the epitome of CBA’s flair for the unusual and rebellious that brought Blatche, Beasley, West and World Peace in China all in one season. But our rule is “no gimmicks”, here. Xire is a tough, gritty undersized 2-guard who rarely feeds his teammates, prides himself on his defense (he’s taken on World Peace and basically stopped him) and shoots three-pointers at a satisfying clip. Beverley is a defensive stud, too, an undersized guard (although he’s 6’1″ and plays the PG spot) and an undervalued shooter. Beverley sets himself apart for his rebounding, of course, but doesn’t dish many assist and isn’t nevessarily Houston’s primary ballhandler (nor is Xire, who is a much less effective rebounder). On the other hand, Xire is a much less disciplined – and, thus, more entertaining – offensive threat, somewhat closer to an Aaron Brooks-esque kind of player (AB played in China, by the way, in 2012) on that end of the floor. But the comparison stands: none of the other undersized defenders in the NBA at either guard spot shoots the three-ball with consistency. 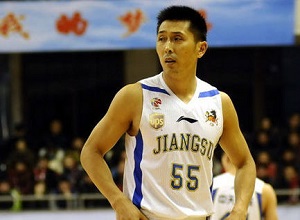 Easy one. Hu and Miller share that “I don’t need no athleticism, I can play” attitude, a long career of effectiveness and a knack for physical play despite being somewhat undersized. Hu has better numbers from deep (although he isn’t a constant threat by any means) and excels in rebounds given his size, Miller is a great post player. Both have good assist numbers and can score given the chance.
Especially at their age is really surprising to see the numbers they’re still capable of, but when you get used to being athletically worse than most of your peers that’s the reward: a longer career. Hu is still grabbing some boards at his age and at the improved level of the league he plays in, Miller still is playoff material (although not a starter anymore) and will probably be ’til his last game.

Lanky, long arms, really skinny, incredible defensive potential that’s so alluring you forget there’s much to love on the other end too. The résumés look pretty similar for both rookies, and while Davis just said hi to the league in his first season without immediately exploding (ROY was awarded to Lillard), Zhou Qi has immediately shocked the country. Almost 4 blocks per game, a mind blowing 72% from the field and a 77% clip from the line for 14,4 total ppg. Davis had good numbers, too, and knowing what was next is all the more comforting looking at Zhou Qi. He, of course, lacks that athleticism needed to make an NBA career, but his CBA story looks promising. I’ll also go the extra mile and reverse my initial opinion: he’ll eventually make it to the NBA. He will not be a star, probably, but his defense, offensive versatility and mobility are enough to make him an intriguing prospect. Don’t forget that 25 and 12 were enough for Yi to be a lottery pick (6th pick, 3 picks above Noah. How crazy is that?). Compared to Davis, Zhou Qi is less of a ball-stealing threat, but all the other stat numbers are there. Don’t overlook them.

That’s all for now, take care!